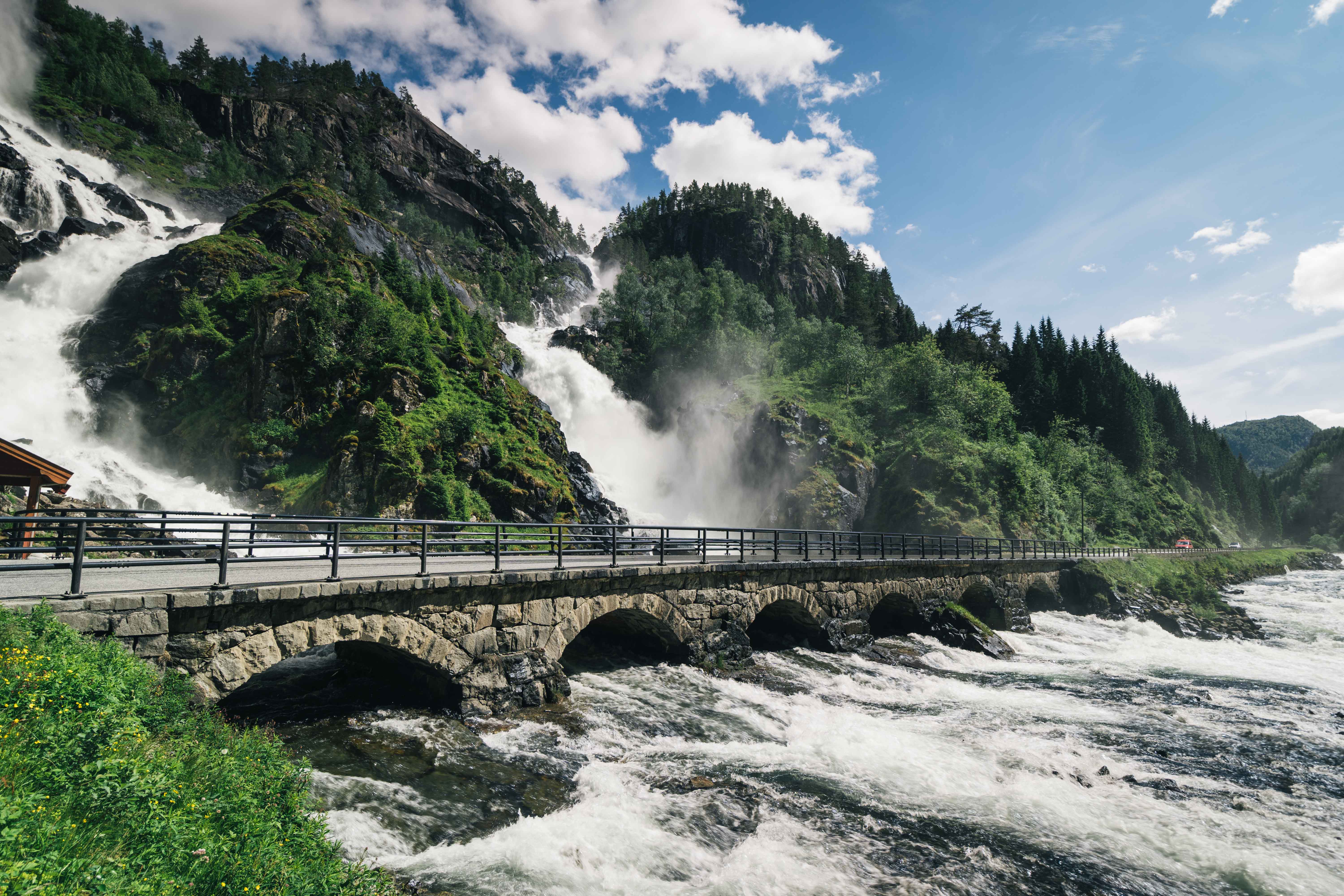 The twin waterfall Låtefossen in the Odda valley has a height of 165 meters and has been a popular travel destination since the 19th century. The waterfall is easily accessible - located directly by the main road 13 between Odda and Rødal.

Låtefossen is the main attraction in Oddadalen, also known as "the Valley of Waterfalls". The Låtefossen twin waterfalls were a popular tourist attraction as early as during the 19th century. The 165 m drop waterfall is easily accessible by route 13. Water from the waterfall showers the road before it runs underneath the old stone bridge. It then runs into the Opo river meandering through Oddadalen, which has seven waterfalls over a distance of 10 km.

The Låtefoss bridge was finished in 1859. As the 20th century progressed, the number of cars and the size of the vehicles increased. The bridge was no longer adequate. During the mid 1940s, the bridge was expanded by about 2 meters towards the Opo river, making the road over 6 meters wide. The part that tourists see and photograph today was a newer extension, not built in 1859/1860.

50-60 meters South of the bridge, there is a road that runs up along the Eastern side of the valley. It ends by a viewpoint higher up by the waterfall, and there are still ruins of the old café that the road was initially built for. Tourists came from near and far, nationally and internationally, to see Låtefossen. Tourists were transported by horse and carriage to the waterfall, where they would enjoy a drink while enjoying the sights, and then they were transported back to their ship or hotel in Odda. 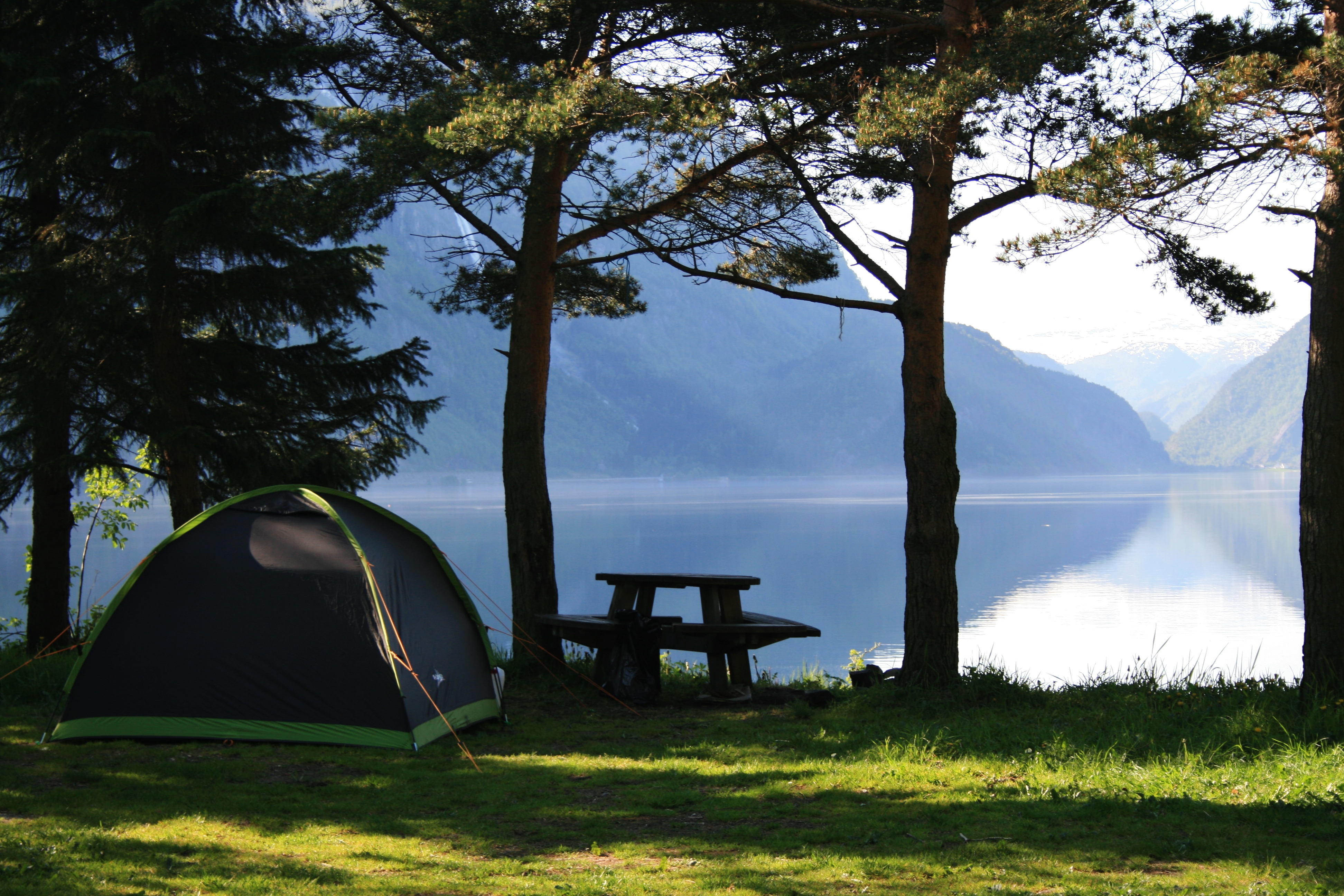 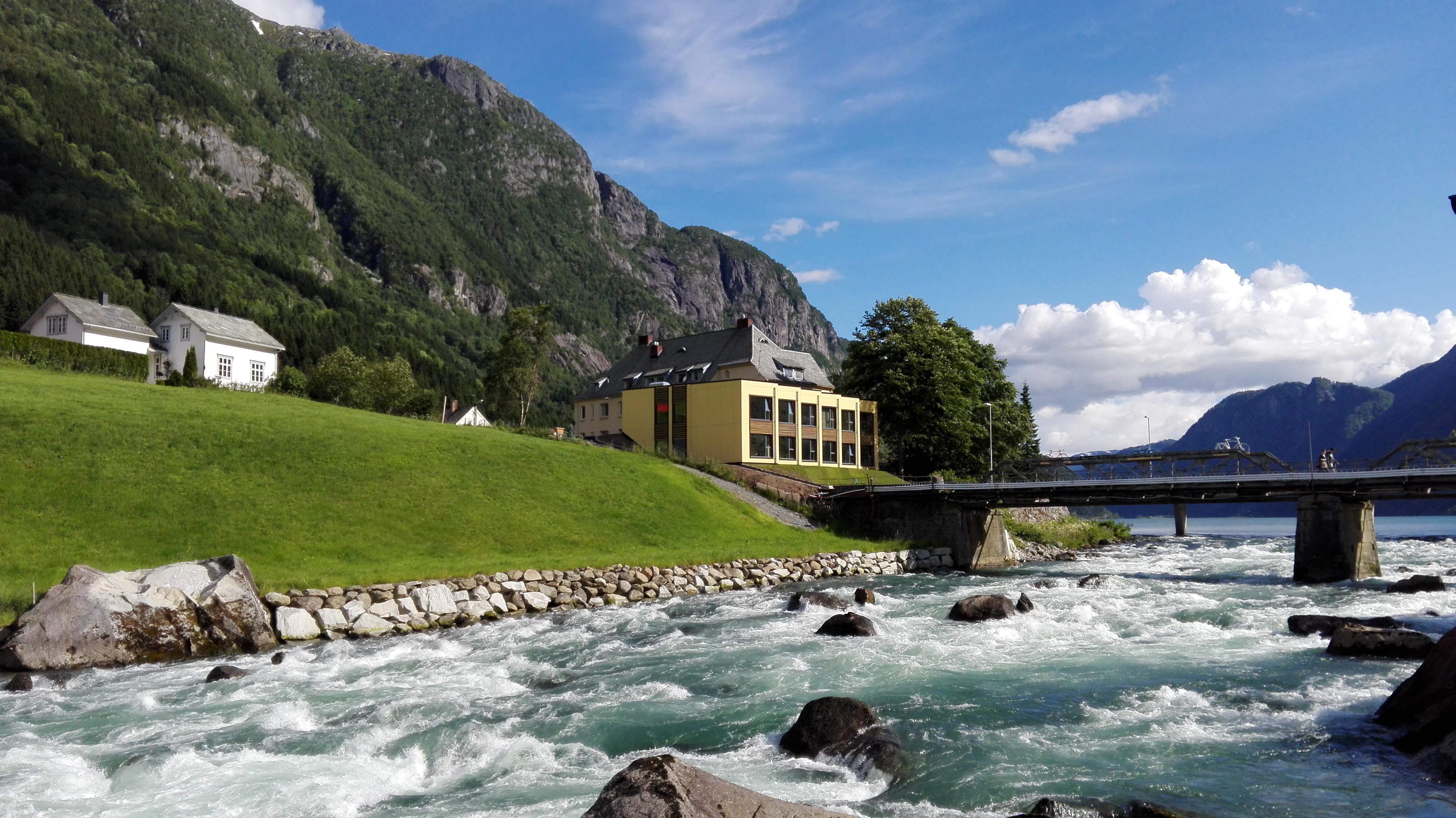 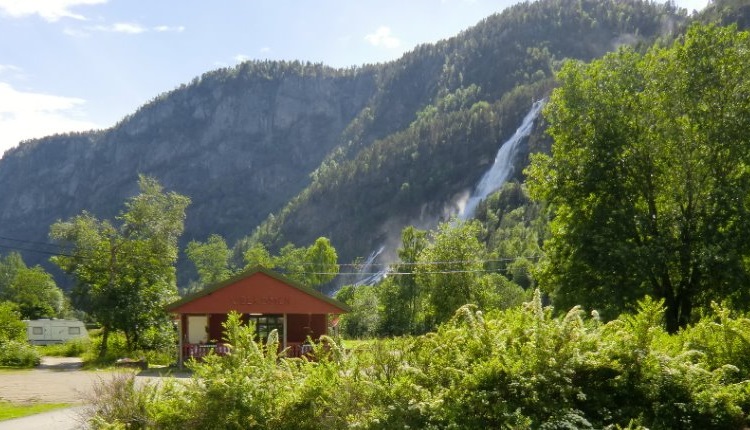 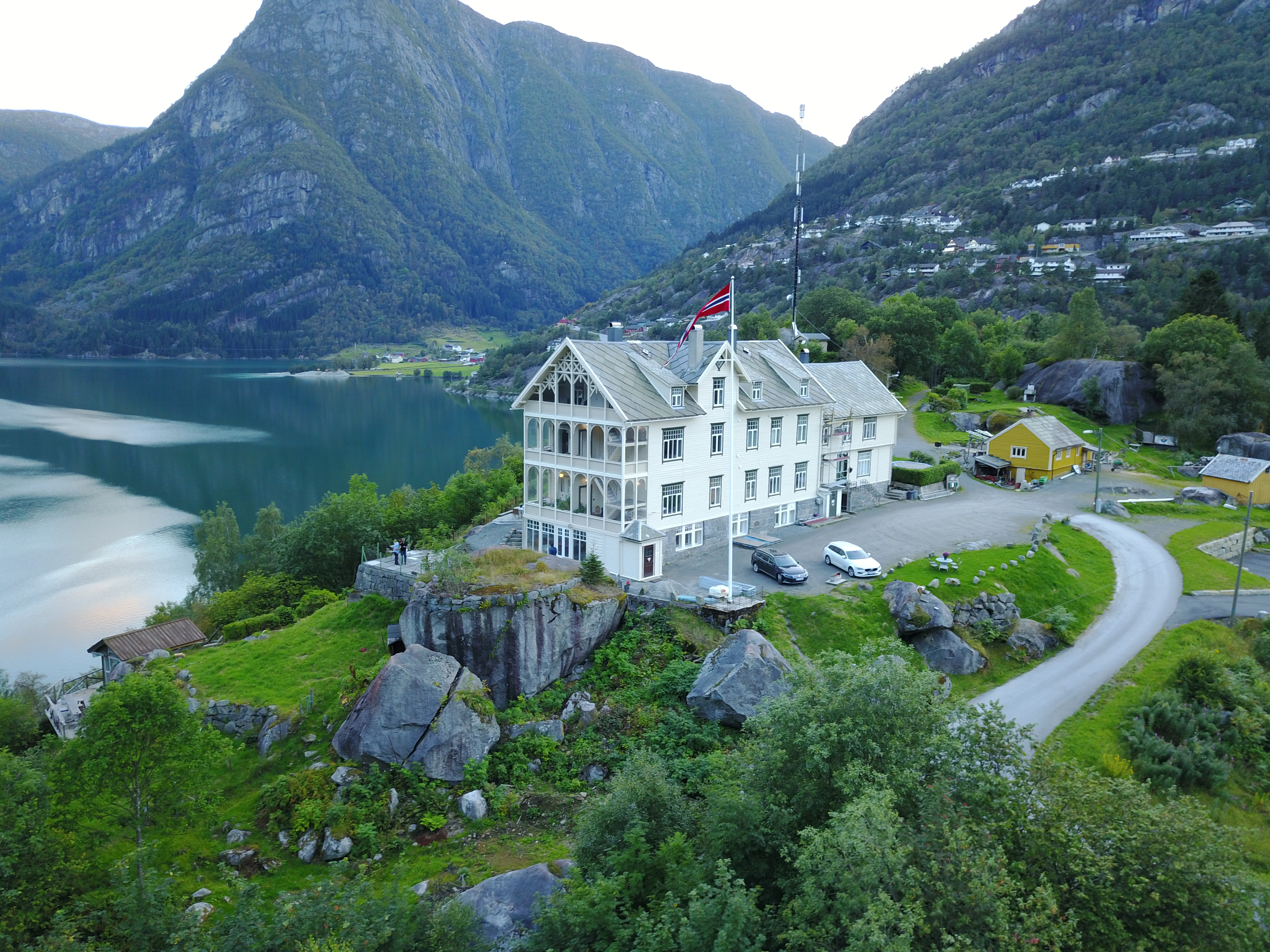 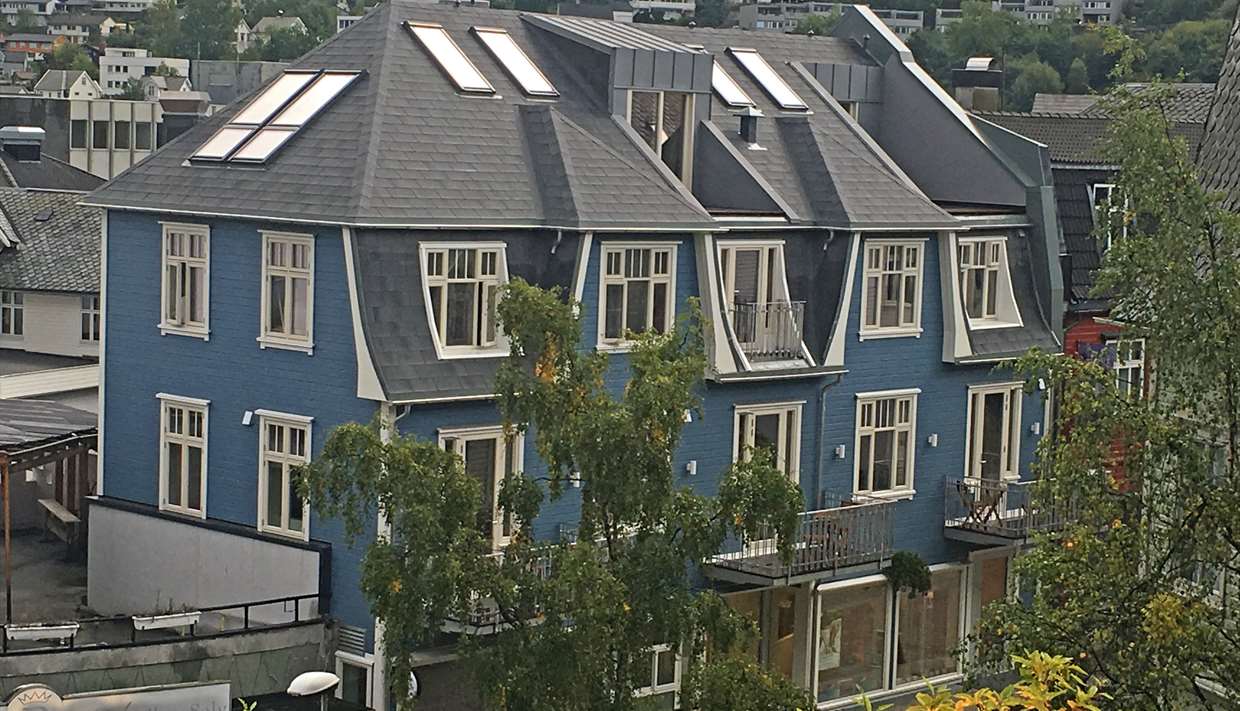 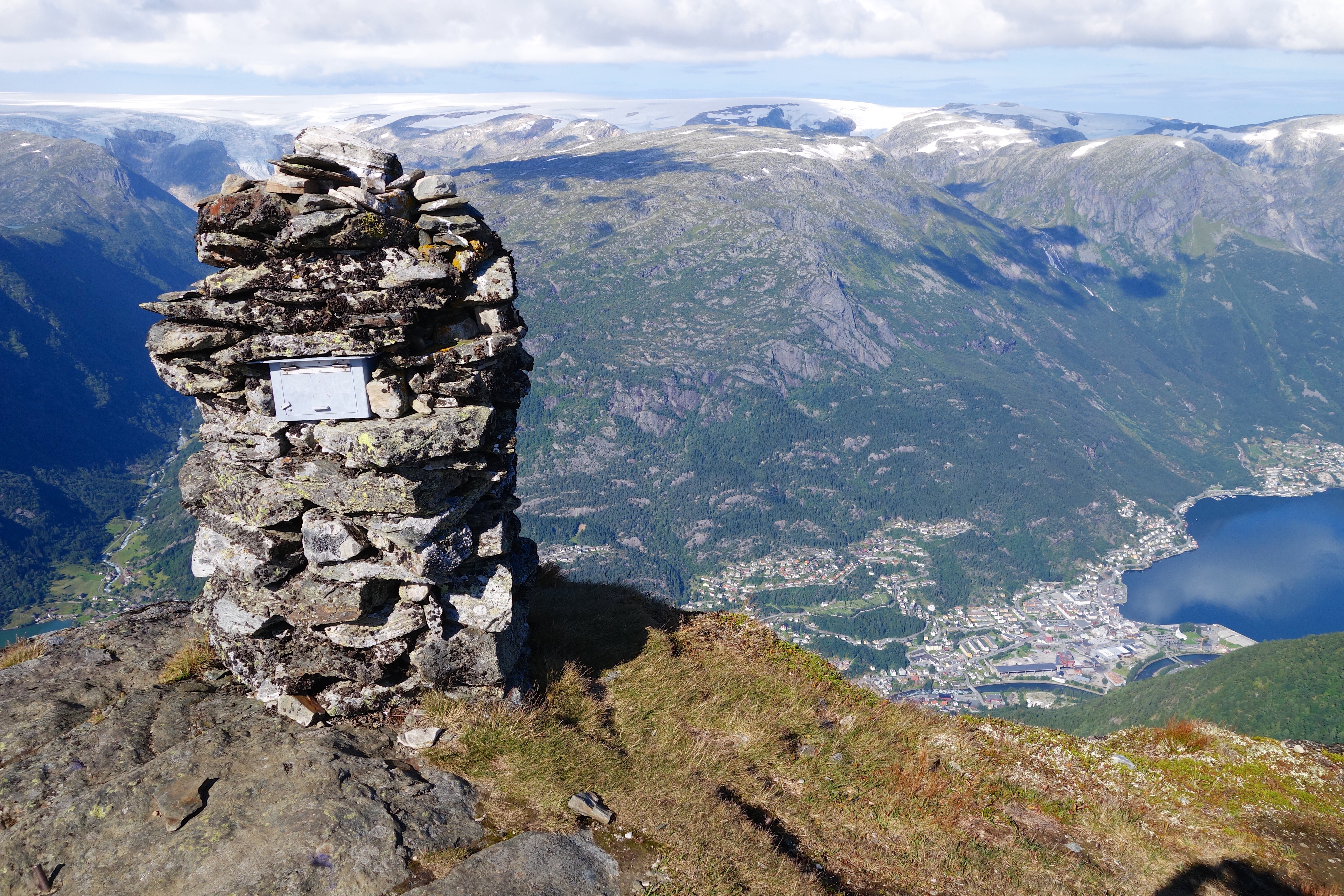 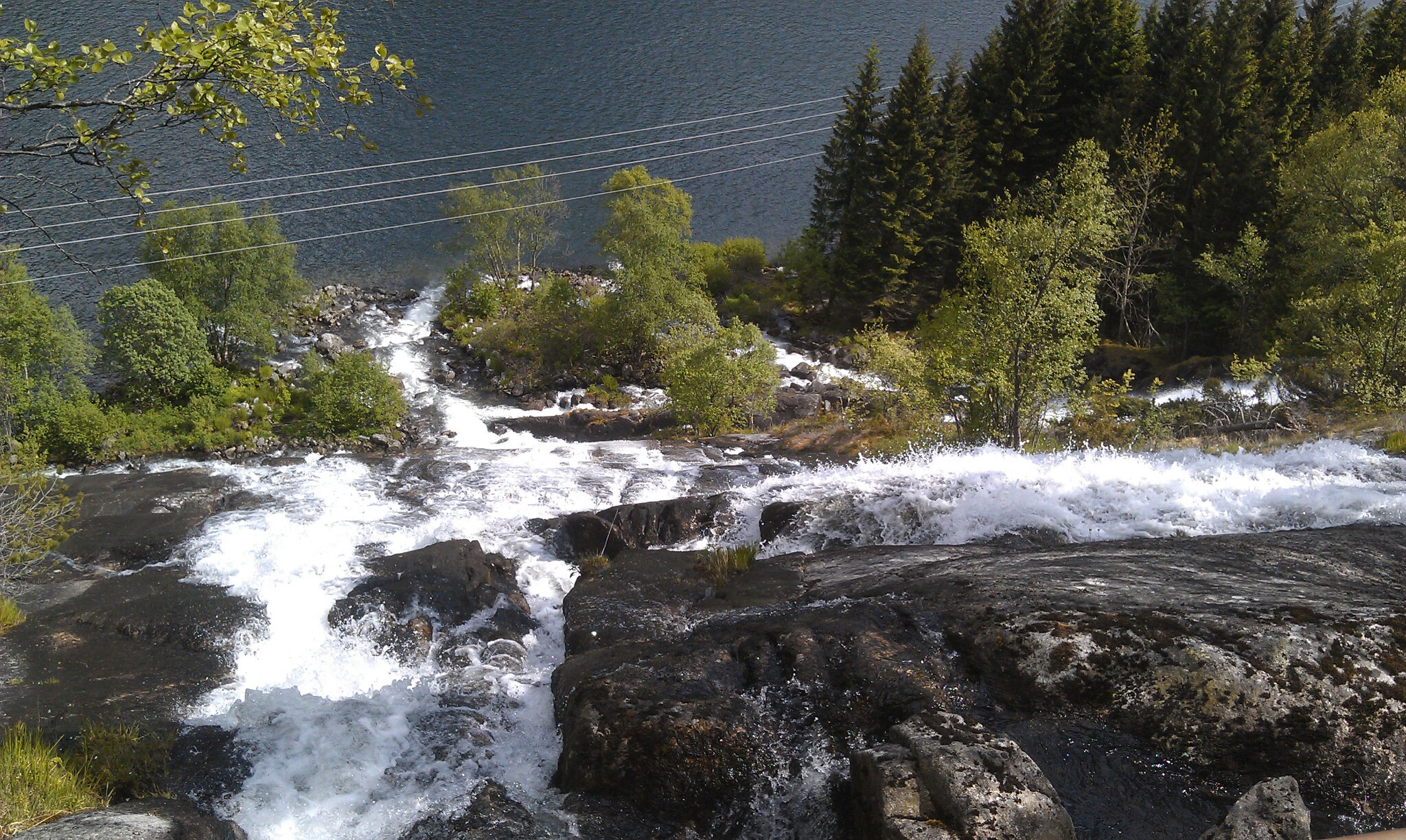 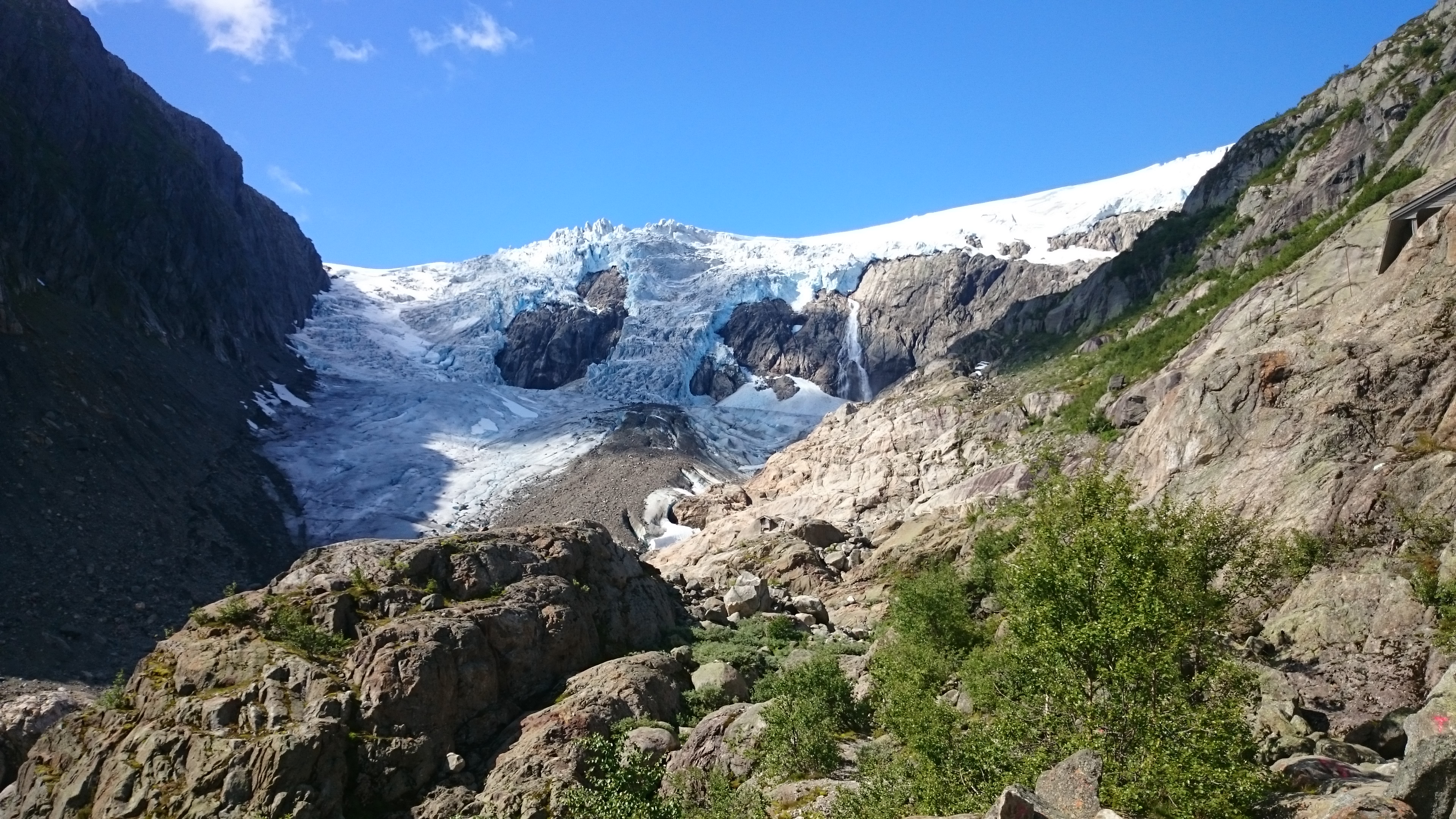 The Valley of Waterfalls 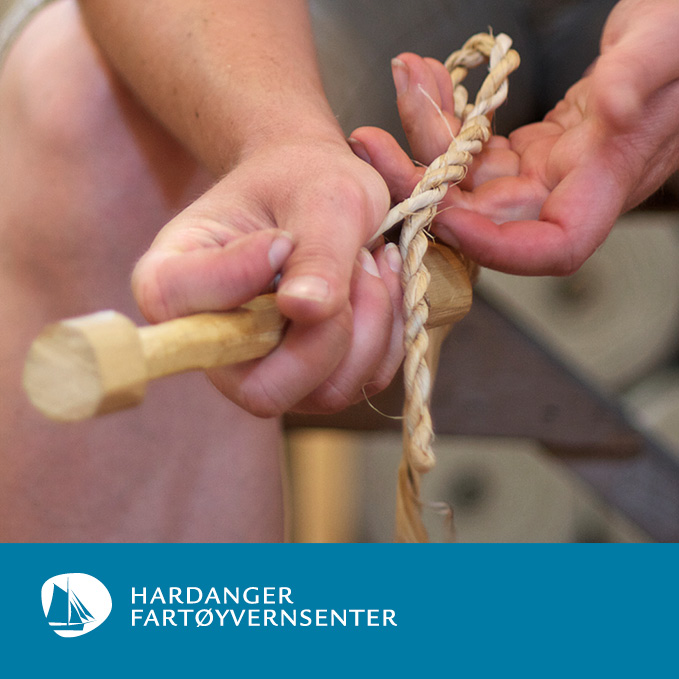 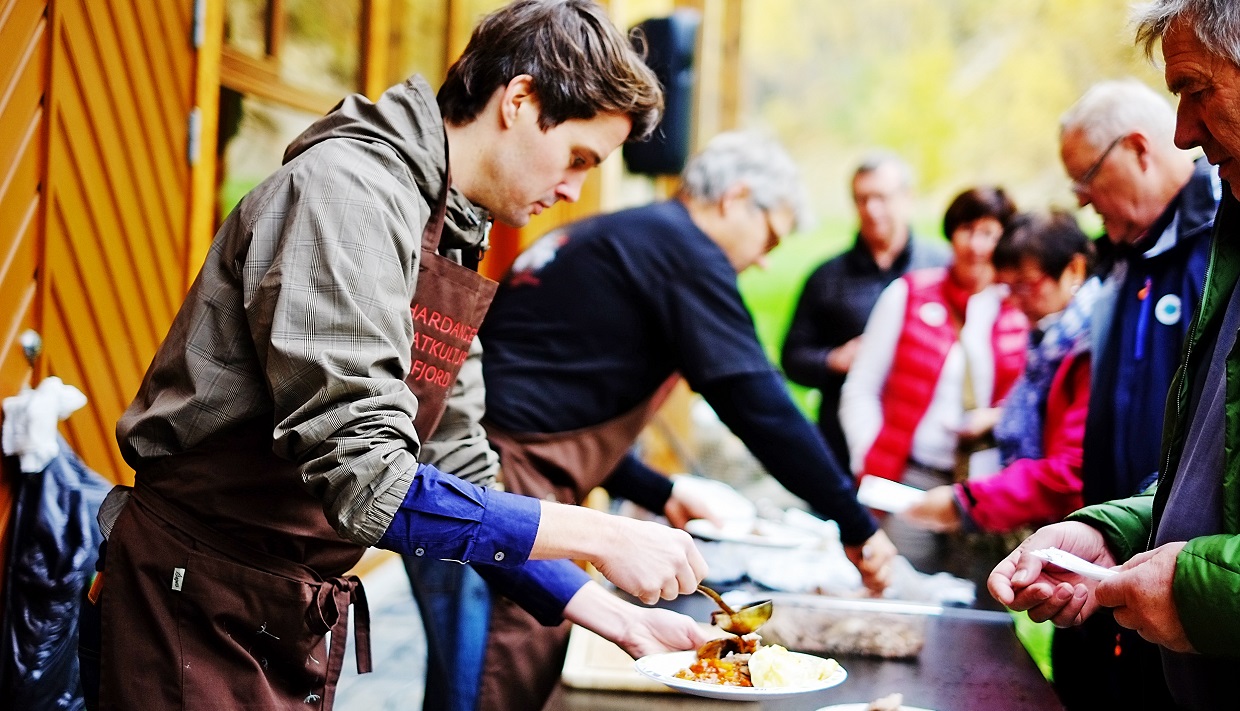 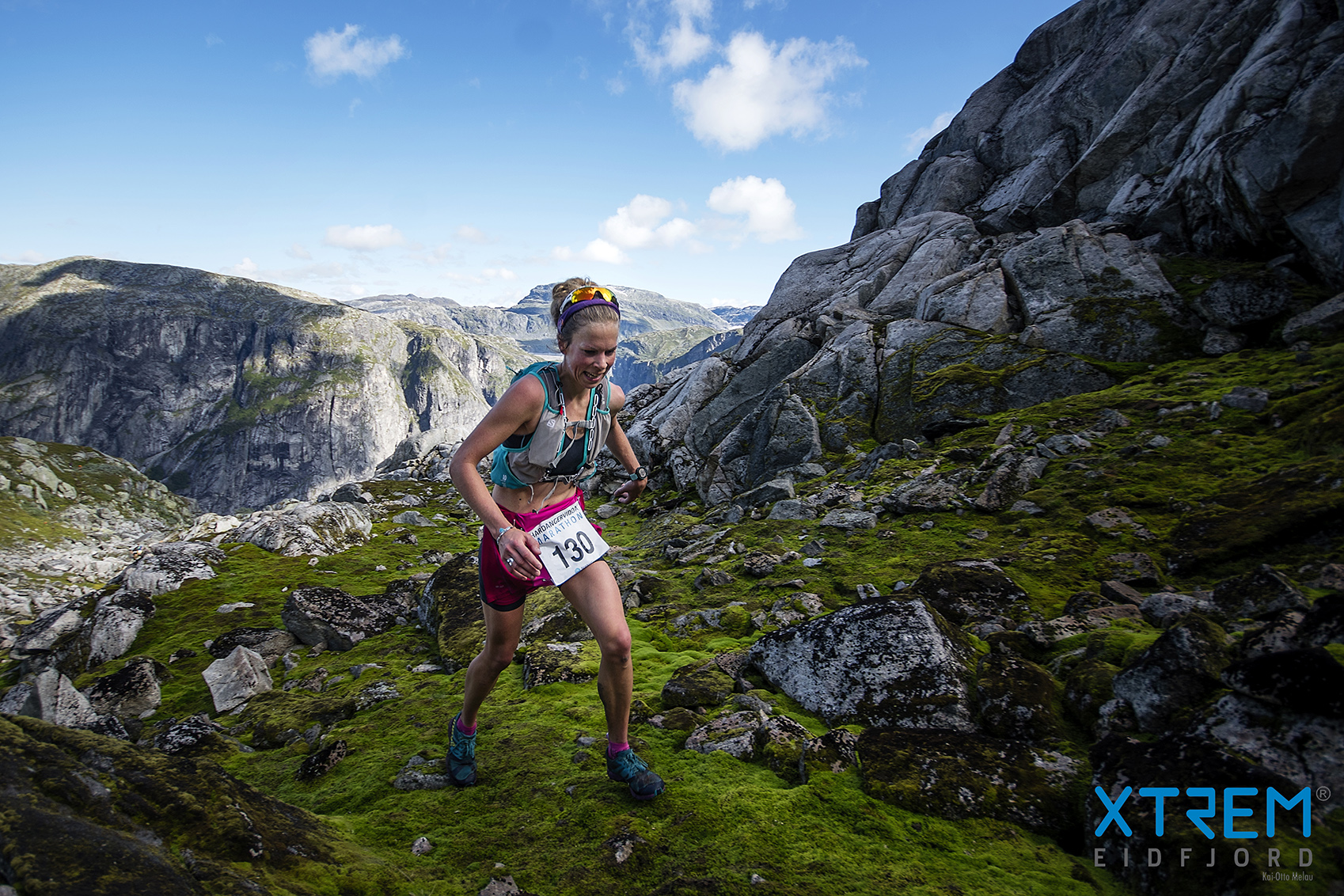 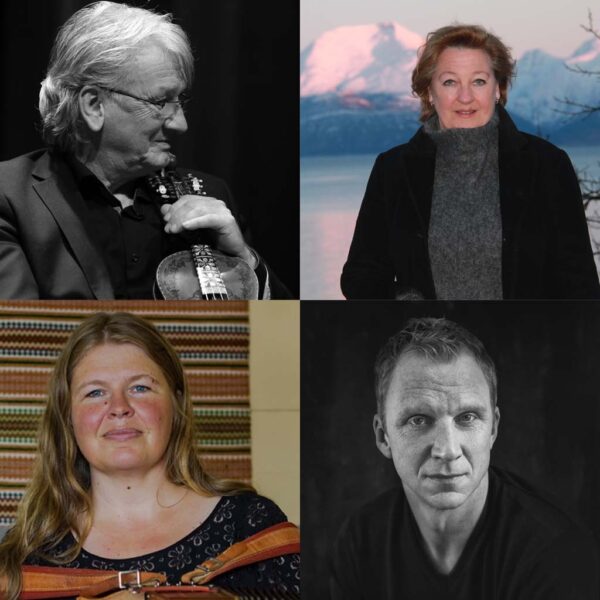